It is not just Covid measures that are courting controversy. Dan Clemens, shortly after he was hired said this at a NKC teacher conference “I will leave a legacy of implementing the most rigorous social justice reform on our district.” For the 2021-2022 school year, Clemens implanted a survey for NKCSD students titled "Social-Emotional Learning Survey: Support+Enviroment+Equity". The survey asks questions such as this, "How fairly do adults at your school treat people of other races or cultural backgrounds?"  According to a source within the NKCSD, the results of the survey are being used to help the district apply for grants, stating as such "I have spoken to the counselor, the principal and other teachers and not one of them actually reviewed the survey prior to administering it to the students. Nor has any follow up ever been discussed among them about a way to address any concerns brought to attention by the survey results. In fact, the only stated follow up I have found was in the letter to the districts from the MO dept of behavioral health that essentially says halfway thru the letter that the district will be provided with the information necessary to fill out forms required to apply for grants in return for their "voluntary" participation." Another source had this to say, "If you think your kids in K-8 didn’t take it you’re misinformed. Unfortunately, the teachers treat it as another class assignment and the children believe as such."

The Glad Stone obtained the following snapshots of the survey. 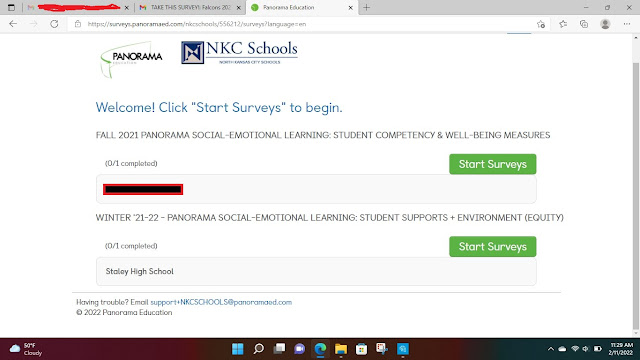 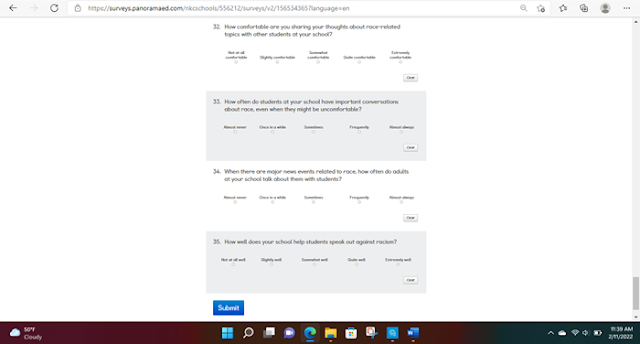 But the North Kansas City School District remains undeterred providing this statement, "We will use our powerful platform as educators to build a community of critical thinkers who value and practice racial equity. Much work lies ahead for our school district and society. This isn’t the type of work that is ever complete. There won’t be a point at which we have arrived. North Kansas City Schools, with the support of our Board of Education, remains committed to the challenges we may encounter."