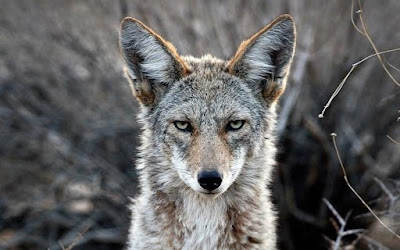 There have been multiple Coyote sightings by residents this week in areas of Gladstone while one ended up as roadkill on Berry Road.  According to Marla D, "I saw a coyote on the curve of 53rd in the field with the chain link fence this morning around 10ish a.m. Super cute too. He was behind housing just scampering along." I was heading to 54th Street just a jot ahead." Tony M. says he say one last Tuesday. "I saw a coyote in the open field at the end of 48th Terrace. The coyote was there all afternoon." Tammy Glossip saw a large Coyote running across N.Main and 62nd Place yesterday "Be careful of your little ones and furbabes." Four sightings of Coyotes have been reported in Gladstone this week.