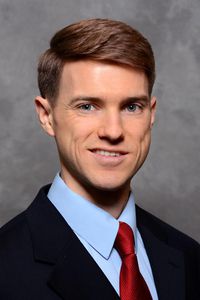 While most local races are featuring a healthy number of candidates this election year, incumbent Victor S. Hurlbert of the Northland in Kansas City is unopposed for reelection as Clay County Auditor. Of Course, Hurlburt seems to rather competent in his first term, in fact so well, no one wanted to run against him. But following the ethically challenged antics of former commissioners Gene Owens, and Louann Ridgeway, who are facing the possibility of criminal investigations, presented a low bar for Hurlbert.

Here is an excerpt from his campaign's following press release.

"During his time in office since first being elected in 2018, Auditor Hurlbert conducted nineteen audits while awaiting the results of the citizen-petition State Audit. One of his audits on government credit cards, or “P-Cards,” was specifically referenced in the State Audit. Clay County implemented his recommendations and cut its overall credit card limits some 65% or $650,000. He further uncovered a missing $20,000 in credit card rebates due to the County. Auditor Hurlbert then spearheaded an innovative and secure electronic payment system in place of both credit cards as well as paper checks.

Finally, starting in 2021, the Auditor took on a larger role with the Budget as Accounting Officer. His work led to the Commission approving $2.5 million of cuts in bureaucratic waste and instead using a lot of that to increase starting Sheriff Deputy salaries. By the 2022 Budget, the County’s reserves doubled and general fund balances improved by approximately 30%. Hurlbert attributes this to a strong economy in Clay County along with conservative fiscal management.

“As a conservative, I enjoy being Auditor. I’m always looking for ways to make County government more efficient and accountable to the people,” said Hurlbert.

Going forward, Hurlbert wants to continue in these efforts. “Clay County is one of the fastest growing in Missouri, as the 2020 Census revealed. Cooperating with all County officials, we will strive to make our government one of the best-run statewide. It’s time to press onward and leave the past days behind us.” His next particular goals include to obtain the GFOA’s recognition for a Popular Annual Financial Report and modernize the County’s accounting system. "