A new commercial development is being proposed, to be located on the Northeast corner of North Oak Rd and Shoal Creek Parkway, near Staley Hills subdivision, with plans to construct a large shopping center complex. The development will be located on a currently vacant lot, and is expected to bring much needed economic growth to the area. The shopping center will feature a variety of popular retail stores and restaurants.

The developers of the project say that the new development will create hundreds of jobs for local residents, both during the construction phase and once the development is completed. They also claim that the new shopping center and office complex will attract more visitors to the area, which will in turn boost the local economy.

Residents of the area have mixed feelings about the proposed development. Some are excited about the prospect of new job opportunities and the potential economic benefits, while others are concerned about the potential negative impact on local businesses and the strain on already-congested traffic. Chris of Nashua neighborhood had this to say. "We're following too. Live so close I could drive a golfball there in 2 good swings. It'll be interesting and hopefully soon"

Kansas City's planning commission is currently reviewing the proposal and will hold public hearings to gather input from residents and local business owners. A decision is expected to be made in the coming months.

Overall, the proposed commercial development is a major opportunity for the city to bring new jobs and economic growth to the area. While concerns have been raised, it will be important for the developers to work with the community and address any issues to ensure that the development is a success for everyone involved. 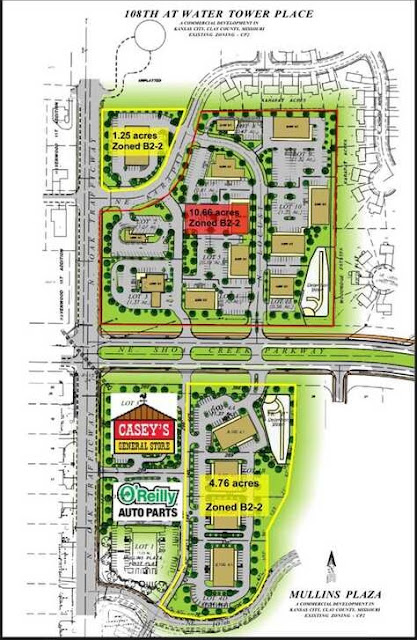